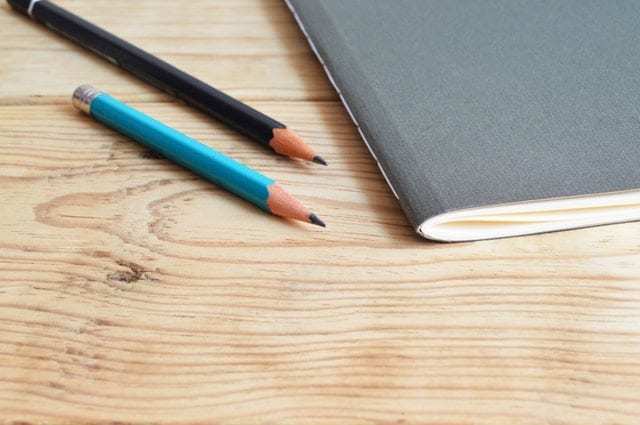 One of the most difficult things to do in teaching is getting low-achieving students and struggling learners motivated to take state tests. Often, these groups of students don’t care about the test or the score they earn.

Some states require that students pass the test in order to advance to the next grade, but most states don’t offer motivation for doing so. How then can you get your students interested in doing well on the end-of-year state test?

The Case for Incentives

I’ve found that offering incentives is a great way to get students to care about how well they do. I’ve heard the argument that we shouldn’t offer tangible, concrete incentives for student performance on state tests. That argument has some merit but it’s not realistic or practical.

Incentives are offered for everything in this world. Many business professionals make excellent salaries and then receive large bonuses at the end of the year.  Multi-millionaire athletes have incentives in their contracts because incentives work.

Until students are able to be intrinsically motivated themselves, I see no reason to let them fail to do their best on these examinations.  These tests prepare them for future examinations that will determine the type of life they’ll be able to have.

Appropriate Use of Incentives

Before I give you some examples of incentives that I’ve seen work for students at all levels, I’d like to discuss for what incentives should be given. The following are just a few examples that I’ve personally seen work very well.

Working through the entire test. In the schools I’ve worked with, incentives are given for actions that will help students do well during tests. For instance, give incentives, prizes or the opportunity to win a prize to students that work the entire test time.

One of the biggest enemies of doing well on a test is that students put their head down and go to sleep 15, 20 or 30 minutes into testing. Most of the students will have no chance of doing well when they sleep through the test. Therefore, give an incentive to those students who work through the entire test.

Using mnemonics they’ve learned. Consider giving incentives for using the mnemonics that were taught throughout the year. It’s unfortunate, but often students don’t utilize the tools teachers give them that will help them on standardized tests.

During the year, require students to write out the mnemonics on scratch paper or wherever allowed so that it’ll be automatic for them to do so during state testing. It is critical that students use all legitimate tools at their disposal.

Writing down strategies. Another incentive-worthy behavior is having students write out three main testing strategies they should use during the test. If they have those three strategies written in front of them, there’s a better chance that they will actually use them. An example of such a strategy would be to read the entire set of answers before selecting one.

Other behaviors to reward. There are other important things to give incentives for, such as being present every day for testing review, turning in all makeup work that relates to testing, and any other behaviors that each teacher designates as important for their students.

When considering giving incentives, the most important thing is to make sure that they are age-appropriate and things that students would go the extra mile for. The best way to determine what students will work for is to ask the students directly. Put it out in front of the whole class. Ask the question, “What types of things would you like as incentives?”

When dealing with high school students, there are many good options. Examples would be free tickets to dances, sporting events such as home football games, home basketball games, the prom, free parking spaces, etc. Examples of incentives that could be donated by members of the community are gas coupons, tickets to a professional game, tickets to a concert, etc.

At every grade level, consider getting the PTA involved to donate money or items. Items such an as PlayStations, bicycles, skateboards, video games that have been vetted, toys, computers, savings bonds, and grocery store coupons are all great incentives that can be donated to the school and used to get students excited for standardized testing.

Have You Used Incentives for Your Students?

I’ve found that incentivizing state testing is one of the most cost-effective ways to ensure that all of the hard work done during the year doesn’t go to waste because the students have no motivation to do well.

By using age-appropriate incentives for your students during state testing time, you can motivate and encourage them to do well on the tests. When education is the groundwork for their success in life, teachers can’t afford not to incentivize their students!

Getting Your Students Ready Now for the State Test: Part One

Getting Your Students Ready Now for the State Test:  Part One

I have to tell you, this is my favorite time of year. This is the time of year when you start getting students ready to take the end-of-year assessment. I am so excited, and forgive me, but I love it.

I designed these strategies because I sympathize with teachers who spend the entire year teaching all to have the students be unable to demonstrate their knowledge on the end-of-year assessment.

I’m fired up today to give you the following suggestions regarding testing to prepare your students and ensure the knowledge they gain in your classroom during the year can be demonstrated on state tests!

Use Regular Tests as a Model for the State Tests: The ABC’s of Testing

First, realize that it’s critical to use your regular weekly or bi-weekly assessments as practice for the state test at the end of the year. It’s something I hope you did all year, but if you didn’t, now is the perfect time to double down on what you want the kids to do while they take that test.

Immediately instruct every student to write three critical strategies in the margin of the test or on scratch paper they can use while taking the test. I like to call these three strategies the ABC’s of testing.

B might be, be sure to circle keywords in the questions before answering them.

C stands for carefully check and double check all answers before turning in the test.

You can make your own strategies based on the mistakes you see your students make when taking an assessment. This strategy is critical and has to be done on every test you give until the end of the year. Practice helps strategies such as these become automatic.

You want these methods to be ingrained in your students so that on test day they don’t panic but do what comes naturally, which is writing down the strategies and using them.

The second important suggestion I would like to give is to make sure your tests and quizzes—especially your regular assessments—are longer than usual.

Lack of endurance during testing is one of the most common issues teachers see from students during the end-of-year test. Now is the perfect time to make sure your students are able to sit for long time blocks so they’re accustomed to doing this on state test days. You cannot give 20-minute tests all year and think students can sit for an hour or an hour and a half on state test day without becoming exhausted.

Add more questions to your weekly or bi-weekly assessments. Add more open-ended questions to these assignments. Give extra credit questions at the end. Whatever you do, make sure that the students are sitting for longer periods of time now and it will pay dividends at the end of the year on your state tests.

Utilize Questions That Mimic Those on the State Test

My final suggestion in this part of the testing strategies series involves preparing your students for the rigor of state assessments.

Immediately begin using as many released state test type questions and items as you can with your students in every capacity possible. These items contain the same rigor, nomenclature, and structure your students will see on the state test.

You don’t want to teach and test one way all year and have the questions on the state assessment look completely different at the end of the year. That’s not fair to your students and it’s definitely not fair to you. I recommend using these items, as long as they aren’t copyrighted, on your quizzes.

I especially urge you to use as many of these types of items on your weekly and bi-weekly assessments as possible. During this time of the year, 80 to 90 percent of your questions should be released state test type questions.

Like many educators, I was also a coach. Every coach knows you make practice more difficult than the game. You want your students to walk out of the test on test day saying that your assessments were more difficult than what they took on state test day. Consistently and repeatedly using released state test type items will help you accomplish this.

I want to leave you with these words of encouragement.

When you prepare students for the challenge of the state test, they will perform better.

If you use the strategies I’ve outlined here and you use them consistently, you will give your students a better opportunity to demonstrate the knowledge and skills they’ve learned throughout the year.

If you peruse my website, you will see many examples of schools that made tremendous gains in their test scores. These schools used many of my strategies including those mentioned in this article.

Start by implementing the strategies discussed here and see the results. Teachers—you can do this!