Larry did his initial presentation at Creswell Elementary School in Shreveport, LA in May 2015. Shortly after that Creswell signed up to be a Larry Bell School. Larry trained their leadership team in his strategies using his train-the-trainers program for the 2015-2016 school year. Larry is back for a second year of trainings during the 2016-2017 school year. This report is the results from 2015-2016.

This video is a clip of Tracey Harris, principal of Creswell Elementary. She is speaking to a group of visiting educators from another school and explaining how they implemented Larry Bell's strategies.

This video is a clip of Leadership team member LeShonda Diouf. She explains to visitors how implementation worked from the leadership team perspective. 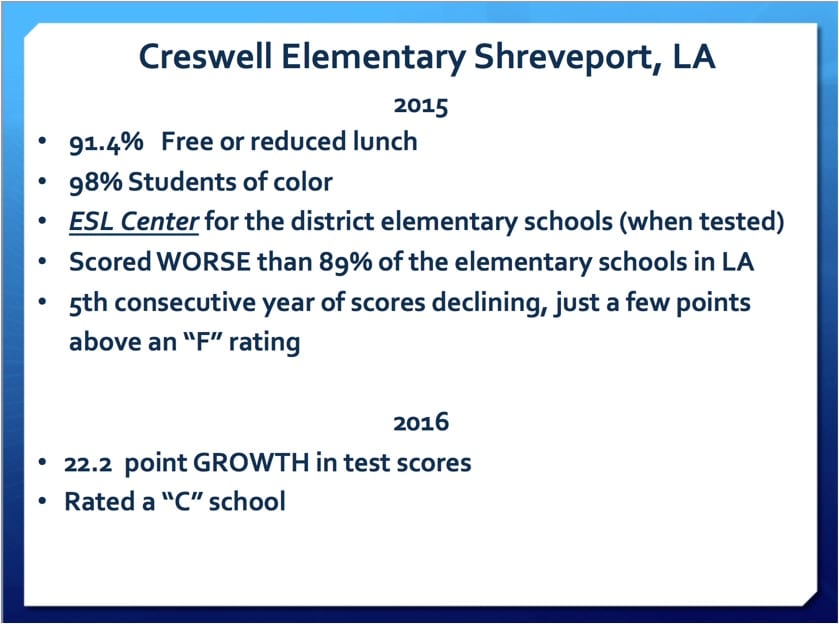 Contact us to see how Larry can help you meet and exceed
your school and district goals.