One of the most difficult things to do as a teacher is motivating students who seem unmotivated.

I want to give you one major idea to build around in your inspiring classroom lessons: excitement. When creating your lesson plans, include activities that generate some excitement. Music is a great tool to get students excited. It can be a song that you like that incorporates the theme of the day. Play the song and let the students sing along with it, then ask students if they know any other songs that relate to the theme. You can even give students extra credit if they write their own song that incorporates the points of the lesson. 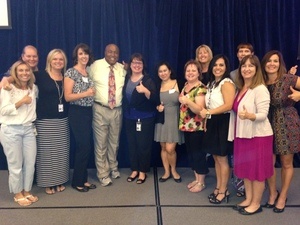 Another way to get students excited is to get them talking about themselves. Ask students to verbally explain, write a paragraph, or even create a song or rap about how they may be familiar with the topic you’re teaching. In science when I talked about waves and oceans, I often had my students write two or three paragraphs about an experience they had interacting with waves or with any body of water. Then I would show them how they were impacted by waves and by the way oceans, lakes, or streams operate. This was a great segue to the discussion of the day.

There are other ways to build excitement into your lessons, such as using whiteboards with short impactful video clips that make your point about the day’s lesson in a dramatic and exciting form. Generate a lively discussion following the video by asking a series of probing, challenging questions. This can be enhanced even more when you put the students in groups of two or three to let them answer the questions together and then share with the class.

Finally, understand that motivating students is a mindset. If you believe you can motivate them, you will. As much as humanly possible, be motivated and excited when teaching. Be effusive with your praise when students have good answers. I’m not talking about overdoing it but just do it in a natural, genuine way. Motivating students is a state of mind. Be that which you expect of others. You can do this!