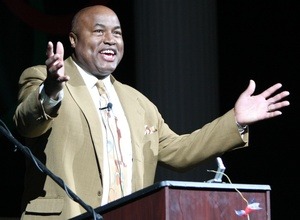 The late Dr. Marva Collins, a consummate educator, constantly told her students, “You are brilliant honey!” And her students who grew up in one of the toughest and poorest parts of Chicago and who statistically speaking could very well have ended up in jail or on welfare or in some undesirable situation –thrived! They became lawyers, business owners, teachers and many other successful professionals. When asked what led to their success they said that when Dr. Collins told them every day that they were brilliant – they believed it!

What we say to students matters. How we as educators refer to our students matters.  Those of you who have heard me speak in the past know that one of my strategies for building a positive classroom culture is to call students positive names. “Wonderful Ones” has always been my favorite!. When teachers consistently and intentionally call their students encouraging names the students begin to believe. They believe their teacher believes in them and this in turn makes them believe in themselves. 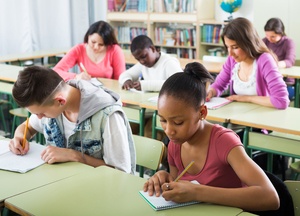 This is one of the reasons why I have had a concern about the term “at-risk” when we refer to students. I am well aware that many students are “at risk” for failing or dropping out. Yet, these students are so much more than “at risk.” They are indeed “at promise.” They have the ability to be successful and productive members of our communities. What they need is support. With the proper support we know they can go far!

For this reason, in my presentations for the last 20+ years I have referred to students that could potentially fail or drop out as “at promise” students. I encouraged those I worked with to do the same. One organization that took my words to heart was SIATech a non-profit organization that has schools in several states including California that work directly with high school students that are indeed “at promise.” I presented at their conference many years ago and they told me that my message lit a fire in them that made them believe even more in their mission and their students. They adopted the term at-promise and promoted its use. 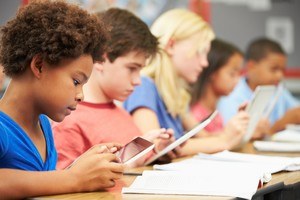 I returned this month to California to present again at the SIATech conference and they told me SIATech had encouraged the state legislature to ask California educators to begin using the term “at-promise.”  The California legislature agreed and passed ACR 197 a resolution that would “encourage the people of the State of California to recognize the potential and possibilities of our children, instead of focusing on their deficits.” This resolution encourages people to refer to the students as at promise – not at risk. This is a remarkable accomplishment for educators in California!  The people from SIATech also informed me that in the supportive literature for the resolution I was quoted on this issue describing it as a “paradigm shift ” that “encourages teachers to approach students from a positive place, one that keeps in mind the students’ promise not their failures.” (Assembly Committee on Public Safety, ACR197) I was so surprised and delighted to have heard this news. I am pleased to have been able to play a role in this amazing paradigm shifting movement.

We all have days when we wonder whether what we say and do actually makes a difference. I am here to tell you that what you say and do does make a difference. Your words to your students matter! Let’s work together to keep our words positive and encouraging in order to get the absolute best from our students!